EEEK! I've Been Tagged for the #NextBigThing

Well what do you know? I've been tagged to participate in the Next Big Thing blog hop. Thank you, Paloma Beck for the tag! If you don't mind, I'm going to "borrow" the graphic that Paloma used on her post about this hop, so it helps to connect us a bit. ;) Now for the rules of the hop:

1. Give credit to the one(s) who tagged you...Thank you, Paloma!
2. Answer the following eight questions about your latest work in progress.
3. Tag five other authors and let them know you've tagged them.

Okay, so here we go! Since I have multiple WIPs, I think I'll concentrate on the third book in my Now and Forever series, The Surrender of Julia. It basically takes place at the same time at my new release The Island, but follows another set of characters only briefly mentioned in book two.

What is the title of your book?
The Surrender of Julia (Now and Forever 3)

Where did the idea come from for the book?
From my publisher. When I first submitted The Island for consideration, Siren felt there was too much story and suggested a revision, basically making it into two books. I was thrilled with that since I really wanted to delve into bad girl Julia's story more.  Julia Santos was just mentioned a few times in the first book of the series as part of the hero's past. Several readers wanted to know more about her, and so did I. 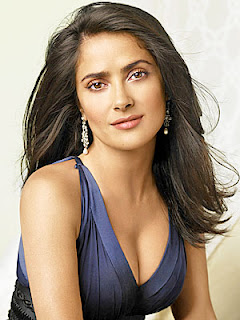 Which actors would you choose to play your characters in a movie?
Julia in my mind is played by Selma Hayek. Jacob Hartley is portrayed by Christian Kane and Quinn Hartley has always been Alyssa Milano. As for Julia's Mistress Carmen Hall...not sure. She sort of changes in my mind with each scene I write for her. Julia's nemesis Mario Carlos is also a jumble at this point. I'll have to get back to you with those answers when I know better myself.

How long did it take you to write the first draft of your manuscript?
It's still a work in progress. Basically I've been working on it off and on for the last few months. I find that I can't stick to one WIP at a time. My mind goes to mush and I have to switch gears to keep things going. Sometimes I just have to put it all away and work on other things like promotion.

What other books would you compare this story to within your genre?
I wouldn't know where to start. This story is all my own, but I take a bit here and there from everything I encounter. I may like the way an author portrays a sex scene or a heart-wrenching betrayal scene and throw my characters in that similar situation. I guess I'll just have to wait and see what the readers think on this one.

Who or what inspired you to write this book?
This entire series was inspired by events going on in my own life. I worked through a lot of pain, depression, heartbreak and betrayal in the writing of these books and in the end found myself along the way. I tried to make sure my characters did the same. Julia started out looking like one evil bitch but once I peeled back the layers, I found a woman lost and looking for her soul mate. Everyone deserves that chance, so I gave it to her too.

She stepped out of the tub and reached for one of the large fluffy towels to dry off her now relaxed body. Her hair was piled on top of her head clamped in one of the banana clips she found in the vanity drawer. It was hand crafted using two pieces of jade and made Julia smile. It was the very first gift she had given to Carmen after their trip to Hawaii almost 13 years ago now. The color looked beautiful in her blonde hair and actually made several appearances in Julia’s paintings. She always respected Carmen’s wishes to not put her into any of her artwork, but seeing the jade hair clip always made both of them smile and reminisce. 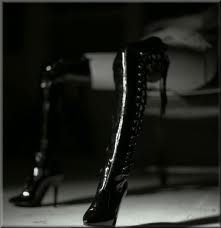 Looking back at her reflection in the mirror she saw the shy gray-eyed little girl who first came to LA hoping to make it big and prove everyone in her home town in Missouri wrong. She wasn’t a freak or trailer trash like her parents. She was somebody and it was time to reclaim her true self. Julia left the bathroom and walked naked toward the large walk-in closet. She went directly to the chest of drawers on the far corner and opened the top drawer. Inside she found the boxes of bell clamps Mistress had directed her to wear. After choosing one of the boxes, she then turned to peruse the rest of the closet. She didn’t have far to look for the boots. A shelf of several pairs was to her left. One pair in particular, spoke to her. Without hesitation, she chose the patent leathers with the five inch heels that laced from the top to toe. Of course there was a zipper on the inside of the boot to make it easier to get them on and off, but Julia never felt sexier than when she slowly laced herself up in those boots.

The clamps were coated with latex to help them grip to her flesh comfortably and yet hold on tight enough to not slip off during play sessions. The weight of the bells caused the clamps to tug on her nipples each time her breasts moved. There was nothing like that sensation for Julia and she felt the immediate rush of warmth between her thighs with each jiggle and jingle of her tits. To attach the last two clamps, she had to sit on the bed and spread her legs wide. Grasping first her right and then her left outer pussy fold between her thumb and forefinger, she fit the clamps into place.  There was a separate ring on each of the clamps where Mistress could attach a fine gold chain leash, tugging on it to keep Julia’s attention focused on the tasks at hand, and reminding her not to cum until given permission.

Thank you for stopping in and allowing me to share one of my works in progress. Now for the authors I've decided to tag. It may take them at bit to get their posts up, so please be patient and check in on them often!