#WWoW!: @dochappycamper Revisits How to Get the Most Out of Author Support Groups and #Tweet Teams #reciprocation #MyWANA

Welcome to this week's edition of Tammy's Tidbits. This is a revamping of a blog post I did for Writer's Words of Wisdom. The information still holds true...with a few updates. The goal of this post is to share what has worked and what hasn't worked well for me during my journey to becoming a multi-published author.

As authors our journey stories vary as do our experiences, but that's what makes each of us unique. What works for one, may not work for another but by sharing what we've learned, we help others determine their own course. It's a win-win situation for all involved!

This week I'd like to talk a bit about author support groups. There are many out there. Some are geared more toward specific genres and heat levels, while others welcome everyone and their work. Some focus more on specific aspects of the business such as Marketing for Romance Writers. Some focus on building your brand and connections such as MyWANA (We Are Not Alone) and to a lesser extent tweet teams. 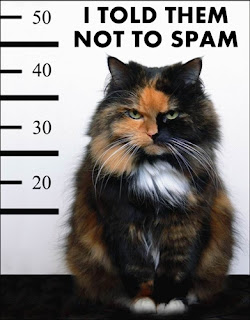 No matter the group they all have one thing in common: rules for participation. These are the guidelines for all members to follow if they wish to participate in the group and be supported by the other members. They have rules for what can and cannot be posted in the groups and whether promotions are allowed at all. If the group is focused on marketing for example, they may only wish to talk about ideas and "how to" market your work, not receive nonstop BUY ME NOW spam.

If you join this type of group, and you use programs such as Hootsuite and TweetDeck to set up your posts in advance, save yourself a migraine and make sure you don't put the "no promo" group links in your set up. It's bad enough you broke the rules by posting the promotions, but you make it a thousand times worse if you blindly set up your autoshares. You give the impression to the other group members that you're rude and obnoxious. If you can't take the time to respect the guidelines, why should they bother to click on your links?

One set of rules I'd like to focus on in particular are those concerning participation on tweet teams and the blog sharing site Triberr. When you join these groups you are expected to share ALL participating members posts whether it's tweets or blogs. This means you are NOT to pick and choose which posts you want to share and which you'll ignore because you or your followers don't like the subject material.

Unless the groups are set up to allow selective sharing when you participate, you can't do it. Not only is it rude, it's unfair that you expect your posts to be shared by all and you get to be exempt. These support/share teams are set up so all participants get their posts shared across the board and put in front of more potential readers/fans. If you break that chain, you not only screw your team members, you get labeled as an author behaving badly.

You know you don't want to be labeled AABB (another author behaving badly). We've talked about it many times before. You are in this business to build bridges, not burn them down. If you don't agree with the rules of a group, don't join it. Plain and simple. If you find you can't share posts for all members because you are personally offended by the subject matter, then quietly leave the group. You don't need to make a horrible scene as you leave. You don't have to explain yourself other than to say you don't feel you're a good fit. Leave it at that and keep on friendly terms with them. You never know when those connections will come in handy later.

There are so many groups and there isn't any one group that fits everyone. You should scout them out and see what is the best fit for you and your work. If you don't like the confines of the rules one group has in place, don't join. You won't be able to get them to change the rules to fit you. That's not the way it works, so buck up buttercup and either follow the rules or find another group.

To sum it up: participation in author support groups, tweet teams and sites such as Triberr is not a one way street. If you're not prepared to RECIPROCATE, you need to VACATE your spot to someone who will.

These people are there to HELP the members use the group effectively and maintain order. They're there to enforce the rules and guidelines and make sure all members get the most out of what the group has to offer. What these people cannot do is tell you how you conduct yourself outside of the confines of the group.

If some nonmember or former member of the group happens to be using the group hashtag, there is NOTHING any admin can do about it. There is no copyright on hashtags and there isn't any reason to get all worked up about it. In the grand scheme of things, it doesn't mean squat. So don't go running to the Admins crying you retweeted someone who isn't in the group. It doesn't matter! 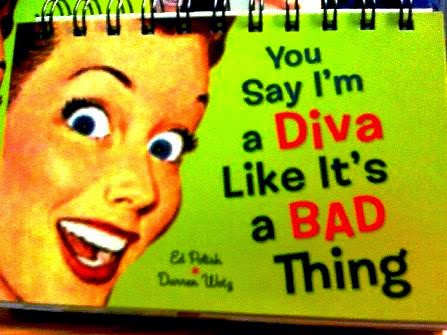 The Admins are your guides and shouldn't have to be your babysitters. You are all adults and are fully capable of following the rules of the group. If you can't do that, expect to be booted out. Don't go crying to everyone and their brother that you were wrongly deleted. If you truly followed all the rules and you feel you were kicked out because the Admins had it out for you, then you are better off without those people in your life. Move on and let it go!

If you happen to have the thankless job of being an Admin, I recommend you invest in the value sized bottles of Ibuprofen and Tylenol. For the really bad days, tequila works well! LOL!

Seriously, as an Admin you will have to deal with more than your fair share of divas (of both sexes). You don't have to be bullied. If these people disrupt the group, delete them. Your responsibility is to the group as a whole, not to specific individuals. With that being said, admins need to make sure the diva they have to deal with isn't the one looking back at them in the mirror.

Recently I've been on the receiving end of a couple of divas on power trips. Some of them happen to be admins of a few of the author support groups I choose to be a part of at this time. Unfortunately, that may change. I don't like the recent chain of events. There is no reason for one group to dictate to it's members they can't participate anywhere else because "it weakens the original group." There have been threats to some members that if they didn't stop participating in the smaller, highly motivated groups, they would be demoted or even booted out of the larger one.

I stopped participating in the larger group because I was sick and tired of not having my posts shared because I write erotica and erotic romance. I got tired of seeing those group members labeling their books as erotica or romance and they're NOTHING like either. These authors wanted the perks and the exposure that went with the labels but they would be damned if they would share REAL erotica. Heaven help you if your promo photo showed some side boob! Don't even get me started on one author friend being told she should be thankful a group "allowed" her erotica to be posted there. It's bullshit and we don't have to take it anymore.

I left to join like minded authors also sick and tired of no reciprocation. We had a great run for awhile until members of the original group were allowed into our little one. Now we are facing the same issues as the other...no reciprocation of the hot and steamy stuff. Top that off with chastising posts from new admins telling us we need to use the other group and not do duplicate things.

Uhhhh...correct me if I'm wrong here but in order to have duplicity, you have to have the same people posting the same links and ALL RECIPROCATING in both groups. Right?

Yeah, that silence you hear is exactly what I got when I questioned the posts telling me I had to go back to the "original" group. Can you guess what my answer was?

Bottom line is I have to do what's best for me, my brand and that of my other three pen names. The same goes for you. Pick the people and groups who will join you on your journey and not hinder it.


Until next time,
~Tammy 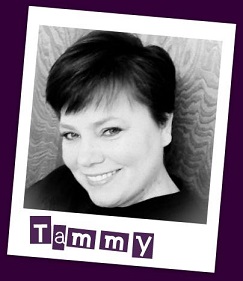 Tammy and her alter egos Lia Michaels, Tawny Savage,  and Stephanie Ryan make up the core authors at Sassy Vixen Publishing and together they've created the shared world series Temptations Resort. Look for the first books in that series to come out next year.

Now happily married to her own Muse and soul mate, she continues to live her dream and act as secretary to all her characters demanding to have their stories told.

Posted by Tammy Dennings Maggy at 8:01 PM No comments:

#WWoW: REBLOG from @StephRyanAuthor: How to upload files to your #kindle from other retailers and publishers

Welcome back to Not Enough Time in the Day. For this post I thought I would share a post my alter ego Stephanie Ryan blogged about today on Through Stephanie's Eyes. Many readers have expressed their desire to support their favorite authors but haven't a clue as to how they can get books for their kindles if not directly from Amazon. In fact, some thought their kindles couldn't read any files unless specifically coded from Amazon.

They have been misinformed.

Click HERE to read Stephanie's step by step on what to do. She also provides a link from AMAZON that explains the process as well.

Amazon isn't the only game in town, people. Yes it's a huge retailer and great for one stop shopping, but if you want more ways to use your kindle and kindle apps efficiently, you should know how to upload files to your device. Not only books, but PDF files can easily be viewed through the app and readers. 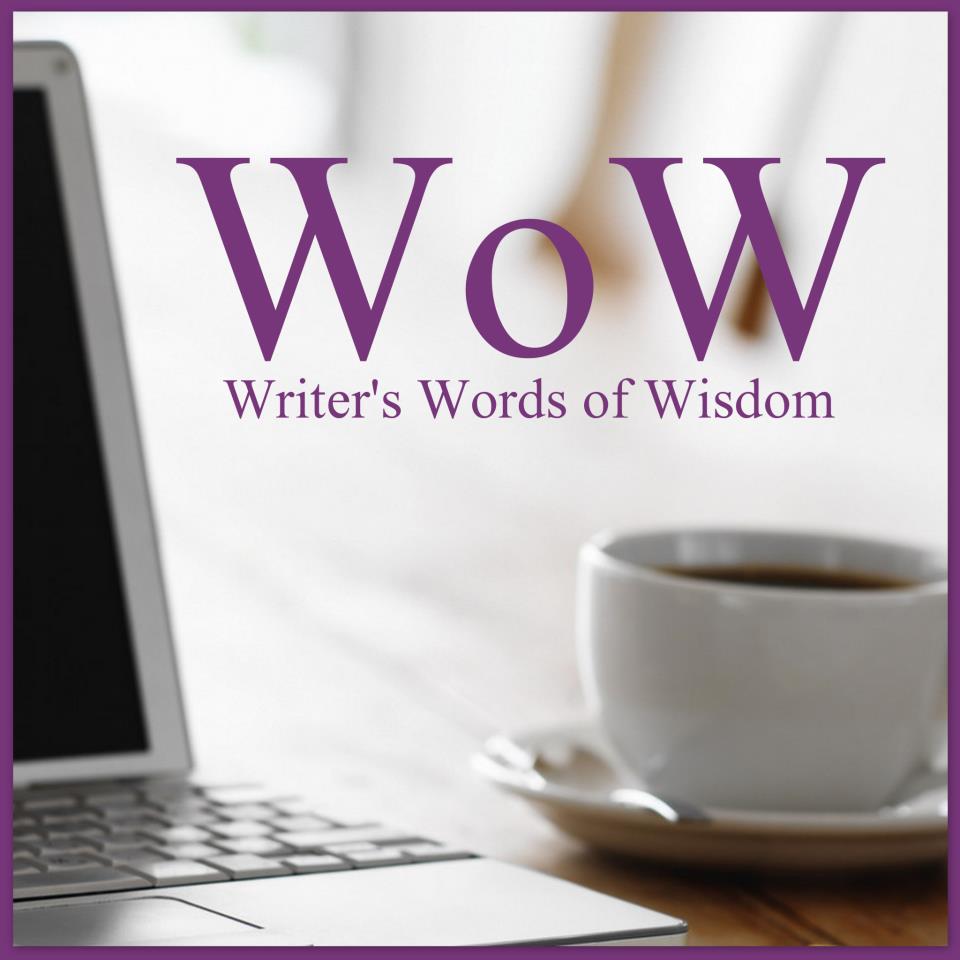 As an author who is published with a publisher and self published, I prefer to have all of my books available on multiple retail sites in order to give new readers the opportunity to find me and all of my pen names. I choose NOT to be exclusive to Amazon even though they do offer some nice little perks to do so. They appear nice on the surface, but their benefits don't always add up to more sales. I may put Stephanie's first book in KDP Select for the 90 days period to see how it fairs, but after that it's going out on all venues.

I've been been a published author since 2011. I celebrated my three year anniversary with Siren Bookstrand in September. I've self published now since January 2012 with the release of my first poetry book. I've learned a lot and am still learning from other authors, readers, publishers, and editors. Some of those lessons have been heartbreaking and damn near made me want to give up altogether but I didn't. I continue to push on because I love to write and share my stories. I do these Writer's Words of Wisdom posts to share the things I've learned along my journey. It's my way of helping others as I have been helped.

Until next time,
Tammy
Posted by Tammy Dennings Maggy at 1:30 PM No comments: