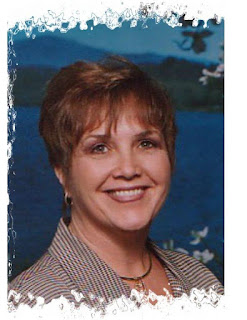 Good morning! This is my first time on Tammy’s blog, Not Enough Time in the Day, so I’d like to introduce myself. I’m Lorelei Confer and I write primarily romantic suspense. But during the holiday season I chose to write something traditional. It’s a compilation of four short uplifting, inspiring, and sweet love Christmas stories entitled ChristmasAwakenings available at Amazon and Barnes and Noble.
I love hearing from readers so please email me at Loreleiconfer@tampabay.rr.com or visit my website at:  www.loreleiconfer.com or blog at www.loreleiconfer.blogspot.com. 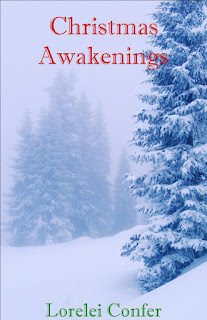 The Scents and Sounds of Christmas Day
“Chestnuts roasting on an open fire, Jack Frost nipping at your nose,” I sang to myself as I prepared the turkey for the large traditional Christmas Day dinner with all the trimmings. Something I had planned carefully to do this day of the year before the rest of the family stirred from their slumber. I remembered many other Christmas Days beginning the same except when it fell on a Sunday and then we would have breakfast and get dressed for church services.

I was soon overcome with the scents of roasted turkey, cinnamon candles and balsam fir. The beautifully decorated Christmas tree stood regally in the corner of the family room, its subtle scent wafting through the air. I opened the oven to baste the turkey with its own juice and got a tasteful whiff. The cinnamon candles, left over from our Christmas Eve gathering still filled the air with their aroma.
Having grown up in central Pennsylvania and now living in Florida for the last thirty years presented a whole new kind of Christmas. My husband and I went through with the traditional customs from our families except there was sunshine when you looked out the window—most of the time anyway.  And there were no winter coats and galoshes to don before going out the door on our way Christmas shopping or to church. Watching the Christmas parade outside in t-shirts and shorts was a pleasure instead of standing for hours in sometimes freezing rain up north. Real candy canes (unwrapped) were not allowed on the tree anymore either, because in the winter warmth they melted and dripped onto the carpet. Something I learned the first year we lived in Florida.
I stirred together the ingredients for pumpkin pie and poured them into the pie shell. The fragrance of cinnamon, cloves and pumpkin made me rub my nose. I put the pie in the other oven right above the turkey and set the timer for forty-five minutes.
The door bell rang. My husband and I were expecting our two grown sons and families for dinner today as well as gift exchanges and we had looked forward to this family time together. Finally our guests had arrived.
Laughter rang out as we said, “Merry Christmas, come in. Make yourselves at home.”  More laughter abounded when the children ran into the family room and saw the tree decorated in all its finery with presents underneath with their names on some of the packages. They could hardly wait, their excitement transferring to their parents and back to me. I could hardly wait to start opening presents. But first we needed to tell the story of Christmas and why we had so much love to give each other on this special one day of the year.
Among the laughter and chatter could be heard the melodic sounds of Christmas carols playing in the background. The fireplace was ablaze with crackling flames on this special day.
Then the gift opening began among sounds of paper ripping, bows flying through the air, ‘oohs’ and ‘awhs’ and ‘you shouldn’t have’ were words spoken often as the recipient hugged the gift to their chest. Wrapping paper was quickly tossed aside, along with any kind of clothing that may have been inside, then onto the next present. Laughter filled the air as the adults joined in the fun. The little ones played with their toys. Moms and Dads were laughing and loving. They weren’t worrying about making the mortgage payment or paying the bills. Not today.
An hour later all that was left were ten hungry people. The turkey came out of the oven, the potatoes were mashed, the noodles and gravy made and the salad tossed. Everything was served in the formal dining room with linen tablecloth and napkins, best dinnerware and silverware.
After the blessing, it was indeed a special day.
Thank you so much for sharing a little bit of your Christmas celebrations with us today, Lorelei.  I'm reminded of all the get togethers my family had over the years.  I hope to continue with some new traditions this year.
Merry Christmas,
Happy Yule and Winter Solstice,
Happy Chanukah,
and Happy New Year to everyone!
Posted by Tammy Dennings Maggy at 12:02 AM