REVEALING OUR DUAL NATURES IN OUR BOOKS

Please welcome our guest today author Regan Taylor as she shares with us her belief that we are all made up of two sides: one light and one dark.  Which wins out in the end depends upon a number of factors. 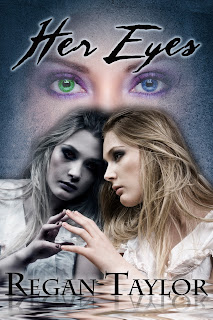 From earliest childhood Regan was an avid reader, and upon discovering Alexander Dumas and Charles Dickens, she was hooked on books that carried the reader away to a different time and place.  Preferring the quiet of her room and a good book to spending time with people, she traveled far beyond those four walls.
Where to find Regan
http://www.regantaylor.com/
http://www.mundania.com/author.php?author=Regan+Taylor
http://www.mundania.com/book.php?title=Her+Eyes
Posted by Tammy Dennings Maggy at 12:02 AM