#Memoirs of a Forty Something Fat Chick: New Weekly Feature with @dochappycamper

Welcome to the first post of the Memoirs of a Forty Something Fat Chick.  I’m “The Fat Chick, “ aka “The Vixen,” Lia Michaels, Stephanie Ryan and Tammy Dennings Maggy. With all those alter ego’s in one body, it’s a wonder I don’t weigh more than I already do.  I’ve got a lot on my plate and taking on more. I must be insane. Scratch that. I know I’m insane.

So why the memoirs? 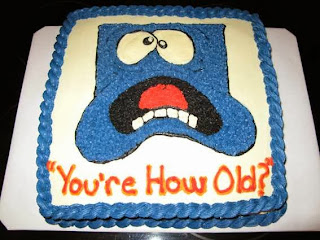 As I’m sure you’ve gathered by the title of this feature, I’m forty-something—well, forty-six to be exact and knocking closely on forty-seven’s door. I’ve always been happy to celebrate my birthdays as aging really didn’t bother me. I’m actually excited to get to the milestones coming next. Unfortunately, my body isn’t down with the program. 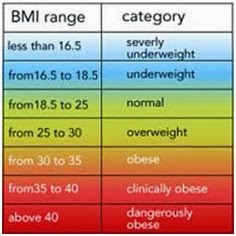 As far back as I can remember I’ve had trouble with my weight. Not just a few extra pounds mind you, but by just about anyone’s standards I can be called obese. Morbidly obese. Don’t get me started on my BMI. It’s well over the limit.  I’ve tried and been successful at just about every single diet known to the free world: The Cabbage Soup Diet, Adkins, Jenny Craig, Weight Watchers, Slimfast, starvation, exercise until I keel over plans and other variations of the low carb to no carb fads. 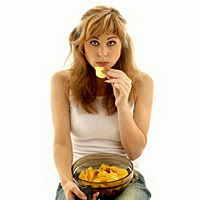 Successful at each and every single one of them—until I let the little things slip.  It starts with no longer measuring out the portions and just eyeballing them.  The mindless snacking slips in there with the excuse, “one scoop of ice cream won’t hurt. I’ll just do another half hour on the elliptical.”  The exercise is the next to leave camp. It’s not a slow trickle either. It starts with skipping one session, then another and another until finally it’s been a few months before I ever pick up my hand weights or kick it with Leslie Sansone and her Walk Away the Pounds routines.

It all just stops.

Before I know it, the 150, yes that’s ONE HUNDRED AND FIFTY pounds I dropped the last go around is almost a memory. Over the last two years, I’ve regained eighty (80) of those pounds and I feel miserable.  I’ve no one else to blame but myself for this. I know I’m an emotional eater. I eat when I’m happy and when I’m sad.  I eat when I’m stressed or relaxed. It doesn’t matter. If it’s there, I’ll eat it.

So why not just jump back on the Healthy Band Wagon and lose the weight again? 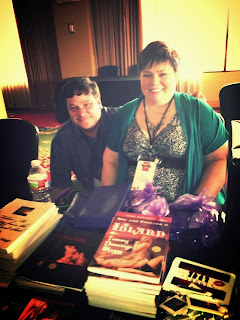 There’s a bit more going on with this fat chick. I finally have the support system to do this. My first husband never gave a rip what I did with my life or with my health. It’s why we’re no longer together…well, one of the reasons.  My current hubby and love of my life is just the opposite. He’s there in my corner every step of the way. Even with that, I still resisted.  I was afraid to make an appointment with a new doctor and be lectured.  I know I’m fat and I know what I need to do to get rid of it. I was afraid of starting up with the exercise again because of the aches and pains I’ve been having.  It hasn’t been just my knees, shoulder and back, but I’ve had some chest pain as well. 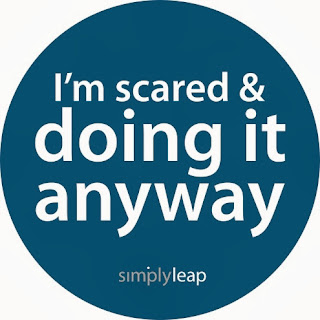 I was scared to try again for fear I’d make things worse.  But you see? By not doing anything, I made things worse with each passing day.  I needed the strength to stop wallowing in self-pity, take the much deserved scolding from the doctor and BUCK UP BUTTERCUP!

What really helped me make the appointment with the new doctor was reading the memoir of my good friend, Amber Lea Easton.  She wrote about the loss of her husband due to suicide and how she and her family had to cope with it all.  My heart broke for her and it broke again when I thought of what I’d put my husband through if I kept on my same path.  Instead of the decades together as we’d planned, I’d be lucky to be around for another five.

Walking into the doctor’s office was the scariest thing I’ve had to do since getting up in front of the class in high school for my first speech.  I swore all eyes were on me as I made my way to the elevators to take me to the third floor.  Never mind others milled about all over the facility in worse shape than me, I just knew all were watching and judging ME.

Yes, that’s a bit melodramatic but hey, I’m a writer! Of course I’d make it all scary and weepy eyed.

I was scared going in there but put immediately at ease by both the assistant and the doctor.  As we went over my family history of breast cancer, high blood pressure, colon cancer, heart disease, COPD and obesity, not once did the doctor judge me. She was concerned yes, but determined to help me get back on track.  We discussed everything I’d need to help me along including staring on blood pressure medication until my weight began to drop. I needed help to not stroke out during workouts and this would do just that.

She also prescribed a pain medication for my back and hip so I could use it if needed in order to sleep. I didn’t want to have anything stronger than Tylenol and ibuprofen while working at the veterinary hospital. She agreed. She listened to all of my concerns and told me I wasn’t crazy for being scared. There was a real good possibility I’d harm myself further if I didn’t have the physical before starting my exercise regimen.

So by the end of that visit, I was poked, prodded and squished.  In other words, had a full exam, blood drawn for testing, tetanus shot updated and had my boobs squished for the mammogram.  Whew! Oh and I have another appointment for follow up blood work in a week to be sure the blood pressure medication isn’t lowering my potassium too much. 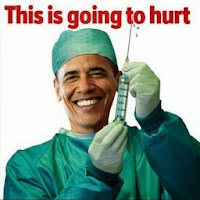 Did I tell you I’m afraid of needles?  LOL!  Yep.  Thank the Goddess for the phlebotomist and the nurse who administered my tetanus shot. I didn’t feel a thing and am only a tiny bit sore today.  I had anticipated not being able to use my arm today at all but all’s well.  I even got in some yoga.

Goddess! I’ve missed the yoga and all the other exercises I had worked up to in the past. I didn’t realize just how much until I started again today.

No more excuses! This Fat Chick is taking her life back. I’m gonna be around for a hell of a long time so you all might as well pull up a chair. I have three pen names, a publishing house, household and job as a full time veterinarian to keep up with. I've worked hard to get to this place in my life and I'll be damned if I'm going to go out without a fight. Glad you're here with me. 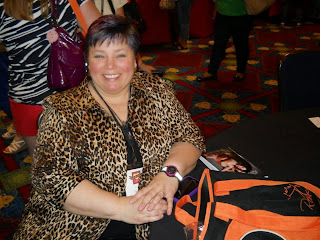 We’ll have lots to talk about each week as I go on this journey. There’ll be ups and downs, milestones and set-backs.  Bring it! I’m not afraid anymore.