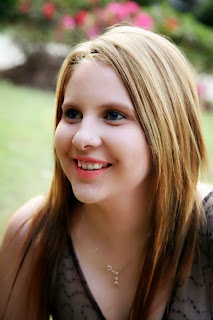 Once again I'm happy to welcome to my little corner of the world author Jessica Slater. Instead of me doing the interrogation...I mean interviewing, I decided to turn the blog over to Jessica so she can get a bit more background for our readers from the characters of her book Bellvara. So sit back, relax and let Sienna and her friends tell a bit of their story.~Tammy

What was going through your mind when your mother was kidnapped, Sienna?
I was beyond scared. I knew my mother and I never had a stable relationship but she was the only family I knew. I had to save her no matter what the cost. Everything happened so fast and I just couldn’t understand why someone would want to kidnap my mother. Why did they want her? It all made sense in the end though.

Riley, what were your thoughts when you first met Sienna?
I first met Sienna when I went to get some lunch at the pizza parlour. The first thing I noticed when I walked in the place was her. She was beautiful and in a way I felt drawn to her. The first time we talked to each other was the time right after she fell over and I caught her in my arms. I knew in that moment I had to get to know her.

Tamelia, what made you want to be a part of the adventure?
Everybody took me for a shy, weak girl and I wanted to prove to them that I was so much more. I could sense something was up with Sienna. We never talked before that day but I had a feeling something was going on. I felt she was in danger so I scried for her. Sure enough she was in danger. I thought to myself that she could use someone with my knowledge of the monsters and beasts in the forests as I knew she was heading there when I scried for her. So I did what I had never done before. I just walked up to her front door and I invited myself along on her adventure.  Of course she was hesitant at first, but once she realised I would give her a good advantage, she said I could tag along.

Ella, what does it mean to be a Varwin?
A Varwin is a beautiful, radiant creature in the form of a human. Even though we have the form of a human we are said to have way more beauty then the average person. A Varwin has certain types of powers (which will be explained more on our second adventure). We have the ability to turn invisible when we sense evil. We are flexible and can jump very high and we also have very good balance. But the biggest power we have is making time standstill. This power is a rare one and hard to use as it takes away so much energy and power. To be able to pull it of you’d have to be a strong Varwin and of course you’d have to know what you were doing because if one thing goes wrong, one step, you could die. I am proud to be a Varwin and hopefully one day I’ll have the guts and strength to try bringing time to a standstill…we’ll see.

Eric, what made you follow the others into the forests?
When I spoke to Sienna I knew something was up. She is bad at keeping any kind of secret. Even though things between Ella and me weren’t going so well, I knew if they were in danger I would never forgive myself if something were to happen. So I followed them and when the time came I revealed myself.

What was going through your mind when you found out who your father was, Sienna?
There was so much going through my mind. I couldn’t believe who he was. How I came to find out about him was an even bigger shock. My feelings were scattered and all over the place but now I’m glad I finally know. The question of who he was no longer haunts me.

What was it like to see the beasts you learnt about your whole life, Tamelia?
It was definitely scary. I have never been a powerful witch. I’ve always been book smart but never good at the practical side. My father taught me all about Bellvara’s beasts and how they are very similar yet different from some of Earth’s creatures. I had been learning about them my whole life so to see them up close was definitely horrifying because I knew everything they could do. However, once I got over the initial shock of it I swept right into action, helping my friends bring them down.

Eric, what was going through your mind when you found out what Ella did to you?
I never expected her to do such a thing to me especially since we had been together for such a long time. But she did, and I can’t change that. I’ll always remember it and of course it will always hurt but I had to move past it.

Sienna, what was it like going through the experiences of your dreams?
I didn’t know what was going on when I was having weird dreams. I didn’t know where I was or who I kept seeing but every time I went further into a dream, I would learn a little something new. Eventually, it got easier to deal with and I started to look forward to my dreams. 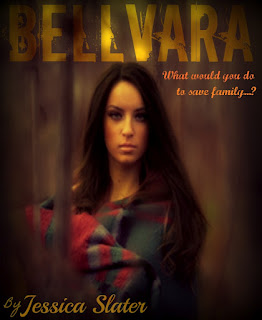 In your opinion, what was the scariest moment of the adventure, Ella?
The scariest part was definitely when our adventure was nearing an end. None of us knew what to expect, and we knew the worst was yet to come. It was very scary not knowing what we were walking into. When we came face to face with the evil that kidnapped Sienna’s mother, we knew everything we went through before that moment was a piece of cake. Nothing could have prepared us for everything that happened, but we took it each step at a time and basically just winged it and hoped we’d get out alive.

Intriguing. Sienna and her friends gave just enough information to make me want to find out more. I've got my copy of Bellvara. Do you? Well, what are you waiting for? Click on the link and get yours today!