It's a Mad World Thursday Thirteen 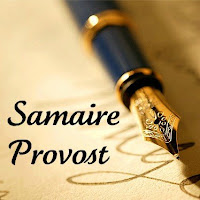 Welcome back once again to Not Enough Time in the Day. Author Samaire Provost is sharing the first thirteen lines of her new book Mad World: Epidemic (Volume 1). In case you missed it, we put her under the spotlight on August 25th and learned about what inspires her to write. Click HERE and it will take you there if you want to learn about Samaire a bit before reading the first lines of her book. Go ahead. We'll wait...

Now let's take a look at Mad World: Epidemic. Leave a comment for Samaire and let her know what you think.

The Black Plague is ancient history. It killed 100 million people nearly seven centuries ago, halfway around the world from the technologically advanced research center at Stanford University. Scientists there have recently begun examining samples of bone marrow from plague-infected corpses unearthed in Europe. All the necessary safeguards are in place. What could go wrong?

Alyssa and Jake are away with their class on a highly anticipated year-end trip to Broadway with their senior acting class when all hell breaks loose at home. Traveling back, and trying to find their families, they encounter deadly results. Riots are breaking out. People are being evacuated. And they have no idea what's happening to their families.

Horrific ordeals, heart-pounding tragedy, and chance encounters harden them for what lies ahead. Faced with tormenting decisions, they're forced to follow their instinct for survival at any cost - even when the cost is a heart-wrenching decision of life or death.

Zombies. Who knew? No one. In early 2012, scientists at Stanford University in Palo Alto, California, began to recreate the microbe that had caused the Black Death in 14th century Europe. They were successful. They awoke this deathly illness, and then it jumped to modern times, and they discovered some details not previously known. There was a reason those mass graves were so hastily dug, so quickly filled. There was a reason the sickness spread so quickly, a reason so many died. Stanford’s team couldn’t have known that the microbe’s virulence would be impossible to contain.

But I jump ahead of myself. The Stanford scientists were in the middle of their experiments when my Advanced Acting class at Bullard High began planning our year-end senior trip to NYC. It was April of 2012, and six of us had been chosen to make the trip east. By the time we had flown across the country, seen our Broadway Play and toured the Big Apple, Stanford was already well on its way to dooming our country, and eventually, the entire world.

Intrigued? Well head on over to Amazon and pick up your very own copy and find out how the teens get through their very own zombie apocalypse. ~Tammy