#FurbabyFridays: Dealing With Elderly Pets And Their I Know More Than You Vets Owners

Welcome to Furbaby Fridays with Dr. Tammy. This week has been filled with so many frustrating cases and clients. I thought I'd share an article I posted here 1 !/2 years ago and it sums up what my colleagues and I had to deal with working in our very busy veterinary hospital over the last month. For myself, it was nearly verbatim a conversation I had with a male owner concerning his very sick cat. He screamed at me when I couldn't just lay my hands on his cat and tell him for sure that the mass I felt in Miss Kitty's belly was in fact going to be terminal. Never mind he waited five days to bring her in this last time. She was in very big trouble and I had to try to get through to him. Ultimately he did go to the specialist as I recommended, but it took two more doctors to tell him the same things I did...at two different clinics...before he came to grips with the severity of his pet's illness. 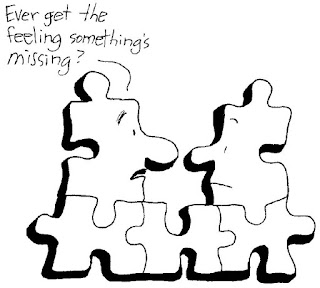 Ever have one of those days where no matter what you do, or what you say you just can't seem to make a difference? Today was one of those days for me and a few of my fellow veterinary colleagues. Each patient chart that turns up in the rack is a potential puzzle to be solved. Sometimes we try to come up with ideas of what could be ailing the pet before we go in, just to see if our intuition is on target...or way off depending on what kind of information the pet owner is willing to divulge to our staff before we get in there.

It can be like pulling teeth getting an accurate history. I've had clients refuse to give any details about what is up with their furry companion until I get in there, and still they keep quiet, thinking that just by laying my hands on the animal I will miraculously know what is making "Fluffy" not want to eat for the last week. Starting with the usual questions about what foods they animal is being fed and it's "potty" habits can be the most challenging.

"I got four cats, how am I supposed to know who pissed or shit in the box?"

"What does his food have to do with why Ranger is itching and keeping me up all night?"

"Flea control? Naw, I never saw a flea on him so it ain't flea allergy." 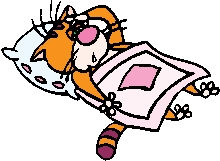 Today I had one woman say to me that she knew the reason her cat was so ill was because she switched his food over to a raw food diet.  That was over five days ago and he still wouldn't eat ANY food. I told her that the diet switch may have been the final trigger that set the anorexia off, but probably not the cause. Do you know what she said to me? "Well, you're just guessing now. You have no proof of that."

I stared at her for a half a beat and then let her have my sweetest smile.  "You are the one guessing here. It's time we do some blood work and figure out what the heck is wrong with Angus instead of guessing until we're both blue in the face."

"Well, I don't see the point in spending a lot of money to find out what's wrong if there's a chance the tests will come out normal."

I had to really restrain myself from rolling my eyes. "Well, you're obviously worried about Angus, otherwise you wouldn't have returned here three times for us to check him out. I think it's time you take our recommendation and see if we can at least find out what's NOT making him sick."

"If it turns out to be the food that's making him sick, do I have to still pay for the tests?"

"Yes. The costs are for running the tests and interpreting the results. If we don't do some sort of testing, we'll keep guessing and throwing treatments at him that may or may not work one bit."

Now I am really biting my tongue and hoping that the blood from the wound doesn't seep out onto my lips. "I graduated over 20 years ago now, Mrs. Green and have been in practice ever since. We can get into why properly diagnosing pets often needs more than just the physical exam, or we can do the testing you came in for today. You agreed to come back if Angus didn't respond to the fluids so that we could do these tests."

"You vets just want all of my money. I've had cats all of my life and I never had to do this stuff before."

"Angus is nearly 17 years old now and there are a lot of things that could be going wrong with his kidneys, liver, or other organs. He could have a cancer somewhere that we can't feel on exam yet, or the start of diabetes or hyperthyroid disease. The only way to know is to do the blood tests."

"Well, I just don't want to spend any more money on him.  The treatments you all gave him didn't work. He's sick again.  Why won't he eat?"

We stare at each other a few more moments. This woman brought her cat into the hospital THREE times now and has refused to do anything for him other than subcutaneous fluids. She was told repeatedly that this was just to help with his dehydration and wouldn't tell us anything about his condition at all.  "What do you want from me, Mrs. Green?"

"I want you to fix my cat. Tell me what food to feed him so he'll eat again. Tell me what's wrong with my cat."

"We have to do these tests to figure out what is going on so we can treat him properly."

"I don't think the tests will tell us anything." 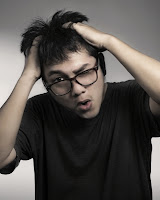 At this point I'm so tempted to tell her Angus has a terminal cancer, but know that's not what she wants to hear and I don't know that's what's wrong with him. "Why did you come back today, Mrs. Green?"

"I want you to tell me what is wrong with my cat and fix him."

"I'm trying to do that but we need the tests so we can do this the right way."

"Why can't you just look at him and the notes from the other doctors and figure it out that way? I know I'm right and it's because I changed his food."

At this point, I basically want to pull my hair out. Angus has lost another pound in the last week. That's over 10% of his body weight gone in less than 7 days.  His anorexia had been going on for the last two weeks, off and on. It was now five days since he ate anything at all. This wasn't good at all and until we figured out what was going on, he could continue to go downhill. I changed tactics a bit. "I know you love Angus and want what's best for him. I wouldn't recommend these tests if I didn't think it was the first steps we need to take in order to help him. That's exactly what the other doctors have recommended as well."

She bit her lip a few times. "Well, if really you think the tests would help find out what's going on, then let's do them.  If I would've known they were so important to his health, I would've done them sooner. You know, it's not a matter of the money. I'll do whatever I need to do to help him.  I just don't want to do any unnecessary tests if he can be fixed with just a shot."

Oy! Does anyone else feel like they're in the middle of an Abbott and Costello movie? I did at the time it all happened and still do reading through it again!
~Dr. Tammy