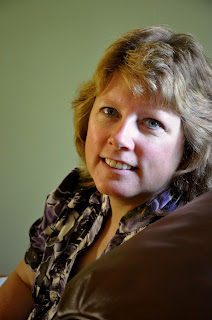 Chris’ desire to become a published writer began at an early age. When she received her first A on a story she wrote in fifth grade, Chris knew she wanted to be an author. However, writing romance fiction books didn’t enter the picture until later in her life. She didn’t read many romance books growing up, but after college, discovered the genre fictions of mystery and romance. Her favorite authors are Suzanne Brockmann and Lisa Gardner, both of whom she has had the pleasure of meeting.
After the birth of her second child, Chris was ready to take her writing to the next level and joined Romance Writers of America and her local RWA chapter. There she embarked on learning the real craft and business of writing.


Chris Redding lives in with her husband, two kids, one dog and three rabbits. She graduated from with a degree in journalism. When she isn’t writing, she works part time for her local hospital teaching CPR.
I’m a word nerd. Not surprising since I am a writer. Once had a boss who would engage me in wordplay. He really thought he’d win, but he never did. So here are two words for you today.
resplendent \rih-SPLEN-duhnt\, adjective:very bright or shining; splendid
This is one of those words that I think sounds like what it means. It’s not a word I would use in my writing, but if I were writing an historical, I would probably use it more. To me it seems like an old word.
We don’t have things that are resplendent anymore. The world makes me think of or .  You wouldn’t say a Yugo is resplendent. You wouldn’t even say a BMW is nor a Merecedes. It’s an old word for old fancy things.
Have you used it in your writing?
intimation \in-tuh-MAY-shuhn\, noun: an indirect or slight suggestion; hint
I often use this word. It’s one that when I do use it around non-writers they ask me what it means. Some words people can figure out in context. I guess this isn’t one of them. I’m also asked to spell it by some wiseacres. I can. I can spell lots of words.
I’ve found in dealing with men, you don’t intimate. You tell them directly. Other women will pick up hints. Men will not. After I’ve been with women for a few hours, I go home and talk that way to the men in my house. Often my husband will just ask me what I want him to do. It’s a good strategy on his part. I then get back to man-speak and we all can understand each other.
This is one of those words that sound dirty, but isn’t. Though an intimation can be for something dirty.
What was the last thing you intimated?
Chris's latest release Blonde Demolition is available now.  Get your copy today!
YOU JUST CAN'T HIDE FROM THE PAST...
Mallory Sage lives in a small, idyllic town where nothing ever happens. Just the kind of life she has always wanted. No one, not even her fellow volunteer firefighters, knows about her past life as an agent for Homeland Security.

Former partner and lover, Trey McCrane, comes back into Mallory's life. He believes they made a great team once, and that they can do so again. Besides, they don't have much choice. Paul Stanley, a twisted killer and their old nemesis, is back.

Framed for a bombing and drawn together by necessity, Mallory and Trey go on the run and must learn to trust each other again―if they hope to survive. But Mallory has been hiding another secret, one that could destroy their relationship. And time is running out.
Amazon: http://tinyurl.com/7olwvhs
Smashwords: http://www.smashwords.com/books/view/104247 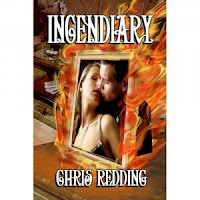